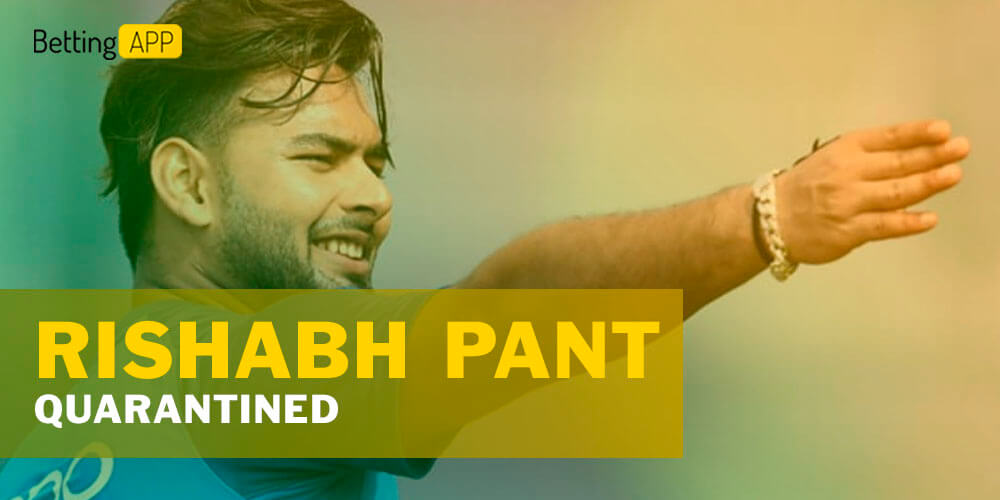 A COVID-19 test showed a positive result for Rishabh Pant after he had visited the iconic stadium to watch a EURO 2020 game.

The COVID-19 test showed a positive result for India wicketkeeper Rishabh Pant. He is staying currently at his friend’s place in London and will not be able to join his team in Durham. He had visited before the Wembley Stadium to watch a EURO 2020 game.

It has been reported by Sports Talk that the Indian wicketkeeper has been tested positive for Covid-19. Earlier, it was reported that two Indian players had contracted the virus, out of which one had returned a negative test whereas one was tested positive.

Earlier BCCI Secretary Jay Shah asked all players not to attend EURO 2020 event to prevent infection cases and not to put the coming season in danger.

A source of BCCI told PTI anonymously: “Yes, one of the players has tested positive although he is largely asymptomatic currently. He is in quarantine at an acquaintance’s place and won’t be traveling with the team to Durham on Thursday.”

The entire nation hopes for a quick recovery of the key wicketkeeper-batsman, the absence of whom would be a huge setback for the India team at the tournament.

According to social media, the fans of the India team accuse Rishabh Pant of being irresponsible and blind to the duty of care for the upcoming season. The management of the team has despaired of his fast recovery.

The three-day warm-up game against County Championship at Durham starting July 20 will go without the Indian wicketkeeper-batsman. The Virat Kohli-led Indian team is scheduled to leave for Durham this afternoon.