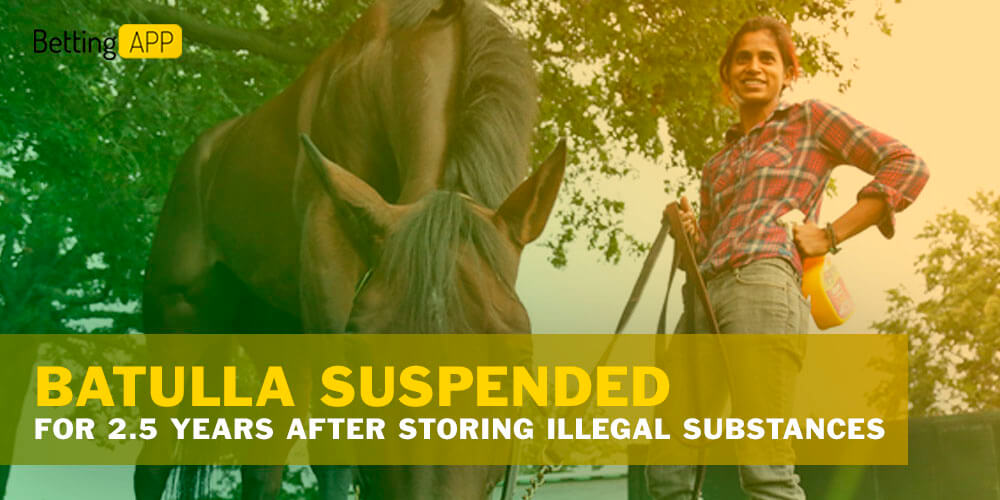 Indian female Aprana Batulla, as the 2013 Horse Illustrated profile says, moved to North America and became a member of the North America Racing Academy. She is the first Indian woman to obtain a jockey’s license in America.

On July 29, 2019, Batulla’s training license had been closed for 2.5 years. The reason was that ew Jersey Racing Commission (NJRC) investigators found 83 injectable medication vials and 36 needles in her room in Monmouth Park. As a result of the board’s 19 May 2021 meeting, she was fined $7.500.

During the session, executive director Judith Nason read from the protocol that testing revealed the seized vials contained flunixin, dexamethasone, and methocarbamol. Nason added that Batulla confessed to the affiliation of illegal substances to her. Also, she injected the vials into one horse.