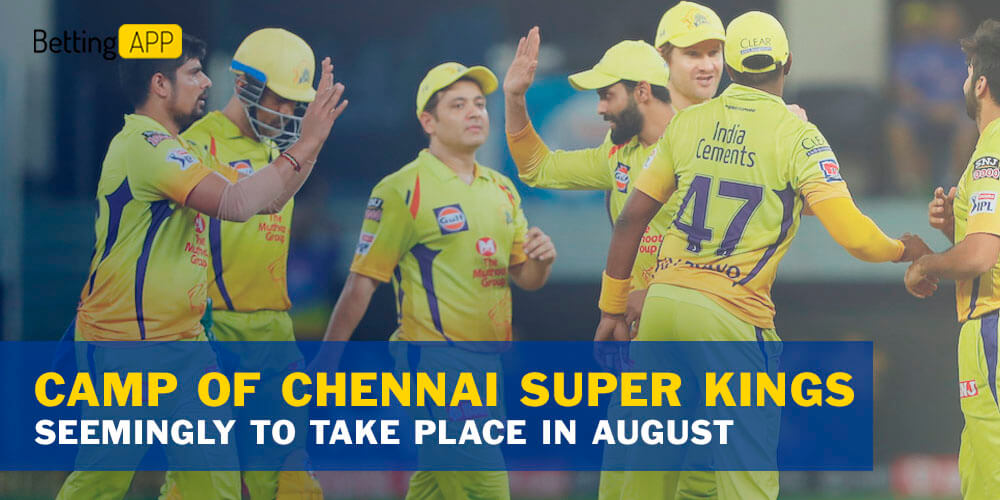 Since its launch, the IPL’s most popular franchise Chennai Super Kings (CSK) has become one of the successful eye-catching teams in the league by winning three IPL titles. All this time the team’s captain, Mahendra Singh Dhoni, has been the face of CSK.

COVID-19 has disrupted some teams putting them into the bio-bubble and making them unable to continue playing in IPL 2021. The rest of IPL 2021 will take place on September 19 in UAE. Chennai Super Kings seemingly will organize a camp in Chepauk in August to prepare for the remainder of IPL. Thus, CSK players will approach the second part of the season concentrated and prepared for everything.

Many teams in UAE will require some time to return to their previous rhythm of the game. That is going to become a huge advantage for CSG players who will already be prepared to take an initiative from the very start. Not to mention that Chennai Super Kings have always had training courses before the start of IPL seasons and succeed over the years because of that.

Both Moeen Ali and Faf du Plessis have become top performers for CSK. Faf du Plessis scored 320 runs in seven innings at an average of 64. Moeen Ali scored 206 runs in 6 matches at a strike rate of 157.25 and was given the No.3 spot making this place of his own. On the whole, the performance of Chennai Super Kings seems to be very promising in IPL 2021 and most probably will bring Kings to the fourth title if nothing intervenes.