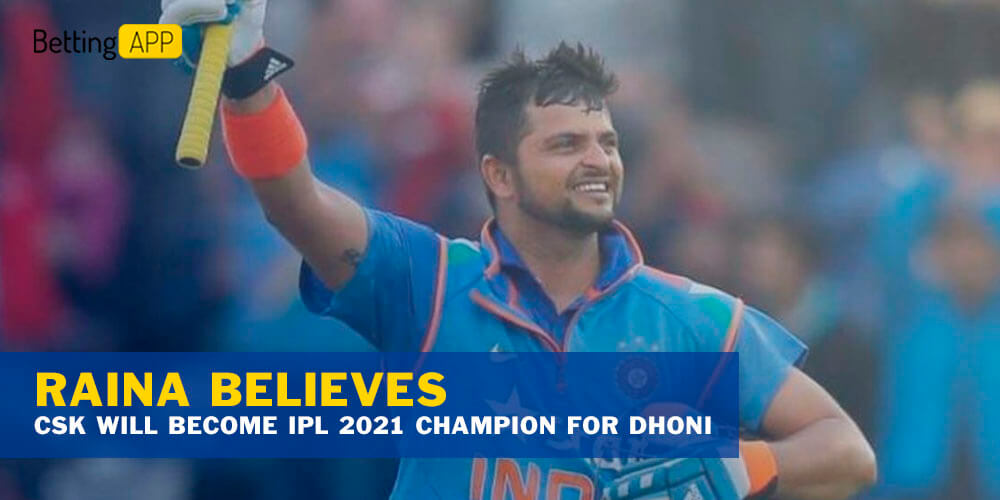 Suresh Raina, during his speech about the relationships with the CSK skipper, claimed that he treats MS Dhoni as if he was an elder brother to him. Raina keeps cherishing in his memory the moments he shared with Dhoni while playing for India and CSK.

The leader of Chennai Super Kings (CSK), Suresh Raina, believes that his team will manage to win the IPL 2021 trophy in the final of the season in the UAE later this year. He is willing to dedicate that victory to captain Mahendra Singh Dhoni for all the things Dhoni has contributed to CSK.

“I think the way we were playing this year… we were having some extra confidence from his captaincy and he was enjoying each other’s success. He was giving freedom to all the players and having Moeen Ali, Sam Curran, Dwayne Bravo, Ruturaj Gaikwad and Faf du Plessis in the side, we had the momentum”, said Raina during his interview on Star Sports‘ show Cricket Connected.

Moreover, the 34-year-old batsman commented on his relationship with the former India captain: “We’ve played a lot of matches for India as well as CSK… I have learned a lot from him, and he is like a big brother to me. We have won a lot of trophies together and have lost a lot of finals as well, but I think the belief, the respect we have for each other is immense,”.

CSK is about to enter the second half of the tournament in second place in its group with 10 points and is enthusiastic about winning a fourth title. However, Raina is full of thoughts about the oncoming India-Pakistan clash in ICC T20 World Cup. He thinks that Pakistan is one of the best performing teams and they need to work hard on their intention, planning, and every other thing to outperform it.