Betting-app.in » News » Michael Vaughan hopes that changes are to be made in Isolation Laws Amid Reports of COVID-19 Outbreak in Indian Cricket Team Camp 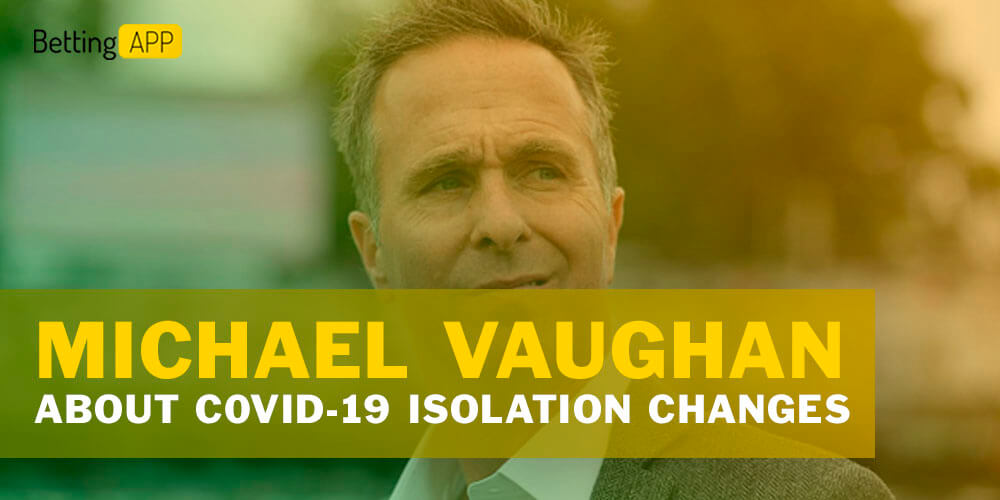 Michael Vaughan, a former England skipper, said on Thursday that he’s very concerned with the Test and the Hundred series unless the new Covid-19 restrictions are implemented. He is also especially concerned about the much-awaited Ashes game, which takes place this year. Vaughan says that the future change in isolation laws was just a matter of common sense.

The trigger for Vaughan’s concerns was the reports of the positive test for coronavirus of the Indian wicketkeeper-batsman Rishabh Pant. Since now, not only do the teams from England suffer from the spread of the virus, there are also two cases of Indian cricketers who have come into contact with the virus in the UK.

“I fear for the 100 & the Indian Test series unless the isolation laws change … we are bound to have cases as is the case with @RishabhPant17 plus further down the line I fear the Ashes could be hugely affected with players pulling out unless bubbles/quarantine rules change,” shared his concerns in Twitter Vaughan.

The strict protocols were implemented by Australia in place, so Vaughan fears that the Ashes series may be postponed to take place later this year. Although Michael Vaughan hasn’t specified what exact changes he wants to be done in the current quarantine rules for cricketing teams.

The Test series starts on August 4 with five matches between English and Indian teams. A practice game will start on July 20 to begin intense series competition.