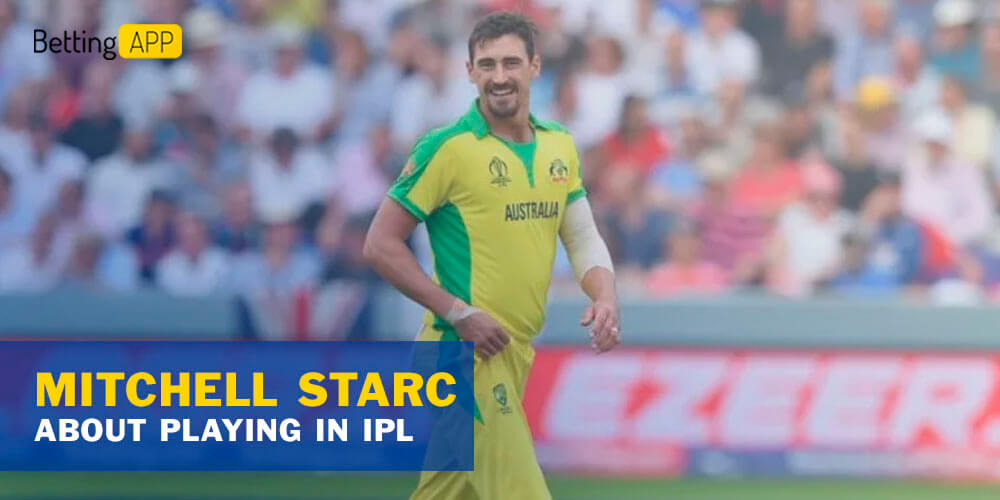 The Australian fast bowler Mitchell Starc is sure that the national team’s importance prevails over playing in the IPL. He is currently with Australia in the Caribbean for a one-day campaign against the West Indies after losing the recent T20 series 4-1.

Such players as Pat Cummins, Glenn Maxwell and David Warner also didn’t compete in the IPL being pulled out for various reasons. Although, none of them choose to prioritize their country to pass the IPL. Starc admitted that Australia is missing some of its best players at this period, but he hopes that less experienced players can put their hand up for the upcoming T20 World Cup in October.

“I guess there’s one way to look at it, and that it’s given a huge chance to some inexperienced guys or guys that potentially were on the fringe for a while a huge chance to push for a spot in this World Cup and keep some of those guys out of it,” Starc said.

He also gave some comments on his choice of spending the April-May window at home instead of in the IPL. He claimed: “I can’t speak for anyone individually, personally it’s been my decision to miss the IPL to make sure I’m ready to go for Australia, give myself a bit of a break, spend some time with my wife and my family at home through that period.”