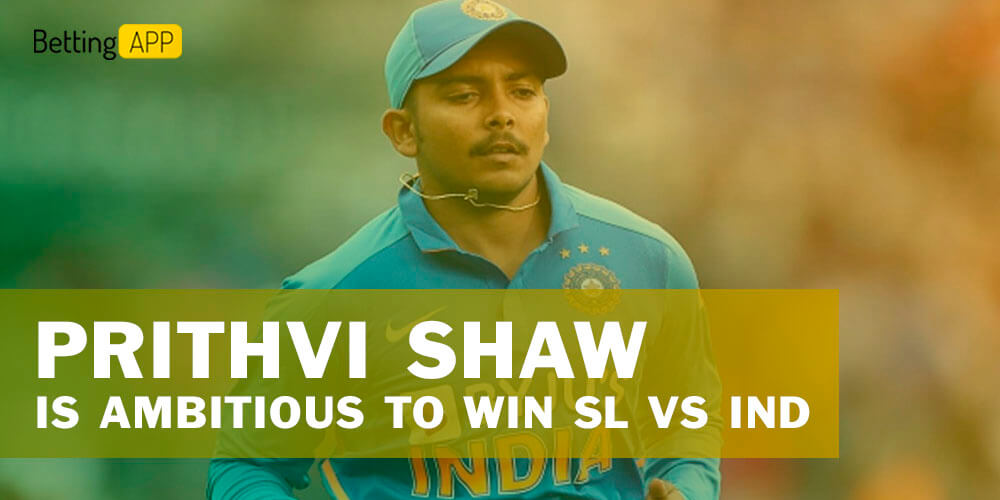 Prithvi Shaw, an Indian’s talented batsman, has stated that he plans to win the upcoming series against Sri Lanka for his team. Although the tour of Australia turned into a rough patch for the sportsman, he managed to come back into the national team to prove that he has a lot to show to his fans.

Nevertheless, Shaw made a spectacular comeback as he scored 827 runs in the Vijay Hazare trophy while leading Mumbai and made the record of highest run-getter in the single edition of the domestic tournament. Thereafter, the right-hander continued his supreme form in games for Delhi Capitals in the first phase of IPL 2021 where he scored 308 runs in eight matches.

Prithvi Shaw said while talking to the Star Sports show ‘Follow the Blues’, “If you ask me personally, obviously, I need to grab this opportunity as well because I have got this opportunity after a long time. So that is what is there in my mind.”

Prithvi Shaw is expected to open the innings with Shikhar Dhawan in the SL vs IND 2021 series as well as in the IPL for Delhi Capitals. Shaw has recently noticed that they have a good in-game understanding with their teammates.

“I and Shikhi bhai are opening for the Delhi Capitals, we were good friends before that as well, but after that our bonding has become better because off the field also we spent quite a lot of time with each other, whether it was dinner or chilling in his room.”