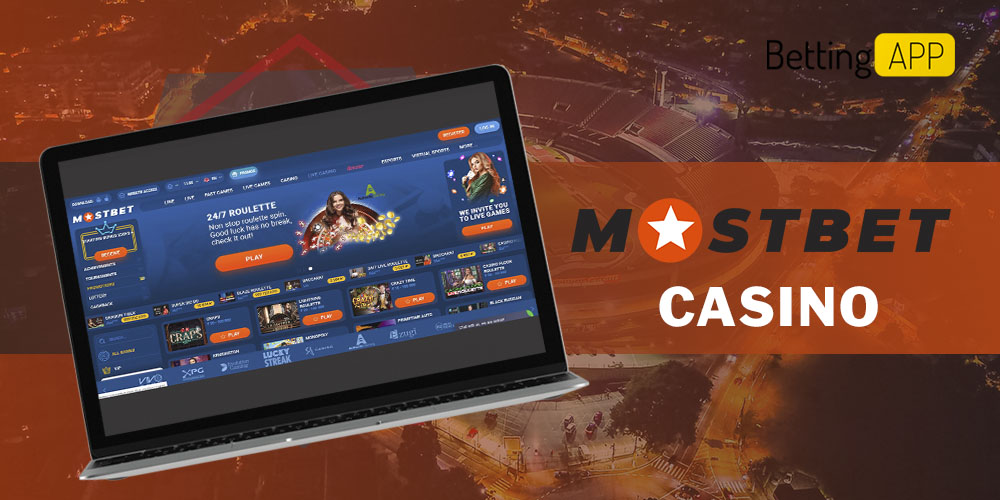 If you are a casino or slot machine lover, then Mostbet is exactly what you need. The site has a huge variety of games and casinos, among which everyone will find something of their own. In the range of possible games, the Mostbet bookmaker offers you the following: 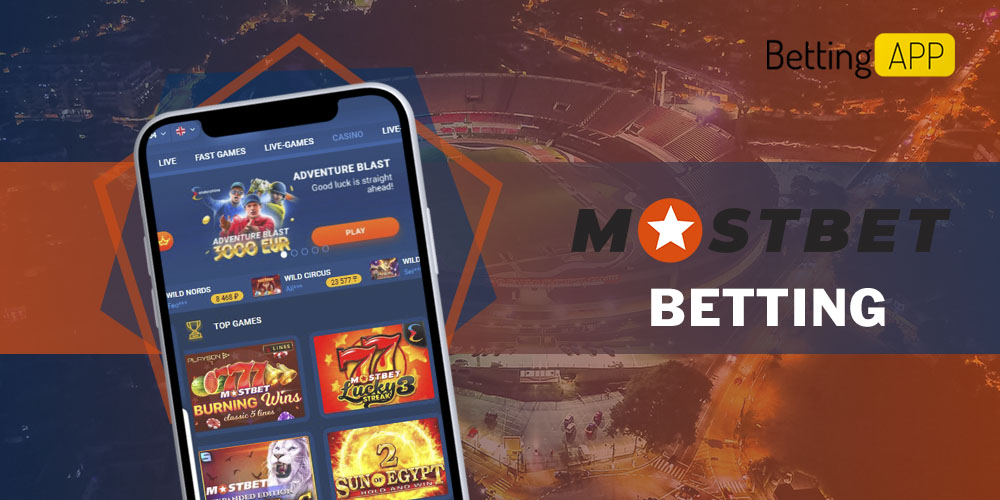 Mostbet bookmaker offers its players a fairly extensive line of bets not only on familiar sports, but also on e-sports, which is increasingly gaining popularity both among players in India and around the world. The bookmaker provides an opportunity to bet on such sports as:

In the prematch, you can find national championships held on all continents. Traditionally, top European championships are deeply worked out, a number of countries (England, Germany, Austria) are represented by amateur tournaments. Also in the line, you can place bets on international matches of the level of clubs and national teams.

The number of markets for the games of the leading championships can reach 500. Among the available bets are main outcomes, double chances, goals, statistics, handicaps, totals, half-time statistics and quick events.

The line includes matches of the NHL, KHL, several European championships, and international tournaments. The number of markets for matches of popular leagues can reach 200. The bookmaker offers to place bets on the main outcomes, totals, handicaps, goals, and statistics by periods.

Tennis Prematch can offer bettors bets on Grand Slam, ATP, WTA, Fed Cup, and Challenger matches. The number of markets is about 50, including betting on the main outcomes, statistics on sets and games, handicaps, and totals.

The pre-match line in boxing includes only the most significant fights of the title or qualifying level. Mixed martial arts are represented in the prematch by the UFC, Bellator, and KSW tournaments. Among the offered bets there are only main outcomes.

Among the esports bets, you can choose for yourself such games as:

Dota 2 is a legendary game that conquered users around the world and one of the most popular games in the world. Every year, the incredible The International is held with the largest prize pool in the world. But besides The International, there are other major tournaments as well as hundreds of professional matches every month. The bookmaker offers to bet on Roshan’s first kill, victory, a number of kills, first kill, and others. Mostbet Dota2 betting is very unpredictable and you will have to analyze the situation well in order to win.

CS GO is a world first-person shooter in which teams fight 5v5. It would seem primitive, but each round in this game is unique, as each team has its own tactics, strengths and weaknesses, special skills, and many other skills that determine the victory of the team in the opposition. Several large-scale tournaments are held annually in the game, such as IEM Katowice and ESL One Cologne. The bookmaker offers bets such as first kill, first or second half winnings, map wins, extra rounds, and others.

In addition, Mostbet has Live bets that deserve special attention and praise. Many events from the prematch fall into the line. Football, tennis, and basketball are mandatory there. The rest of the sports – depending on the tournaments held. The live does not provide a search by name and any filters that make it easier to select an event for making a bet. But there is the possibility of selecting matches for betting in the near future – from 1 to 12 hours. Registered users have access to live video broadcasts of events.

Acceptance of bets in the Live section is carried out promptly. Events are instantly added to the coupon, where you can select an ordinary, form an express or a system. The level of the odds is significantly lower (and the margin is higher) than in the pre-match line. The number of markets is quite decent, as for live. In football matches, up to hundreds of different bets can be present in the list.

Deposit and Withdrawal in Mostbet

Players can choose the most suitable Mostbet account currency – 19 currency options are available in total, including Hindi. Players from India will be able to top up their balance with the following payment systems:

How to Deposit in Mostbet

Replenishment of funds on your account will not take you a lot of time, since it is done in just a couple of clicks and within a minute you can place bets on your favorite teams and play in an online casino. In order to make a deposit, you will need to follow the following instructions:

Go to the website or application of the Mosbet bookmaker;

Find the deposit button. In the desktop version of the site, it is in the upper right corner;

Enter the amount and fill in the appropriate fields;

Everything is ready! Expect the receipt of funds to your account.

How to Withdrawal money in Mostbet

The methods of depositing and withdrawing funds for this bookmaker are similar – in order to withdraw money from your account, you will need to go through verification. It is also worth noting that players will be able to withdraw their money when the amount of their bets exceeds the amount of the first deposit. Please note that you can withdraw funds in the same way as you used to fund your account. In order to withdraw your funds, you need to follow the following instructions:

Leave a request for withdrawal of funds, which will be considered within 72 hours;

Everything is ready! Expect the arrival of your funds to the account.

How to Registration in Mostbet 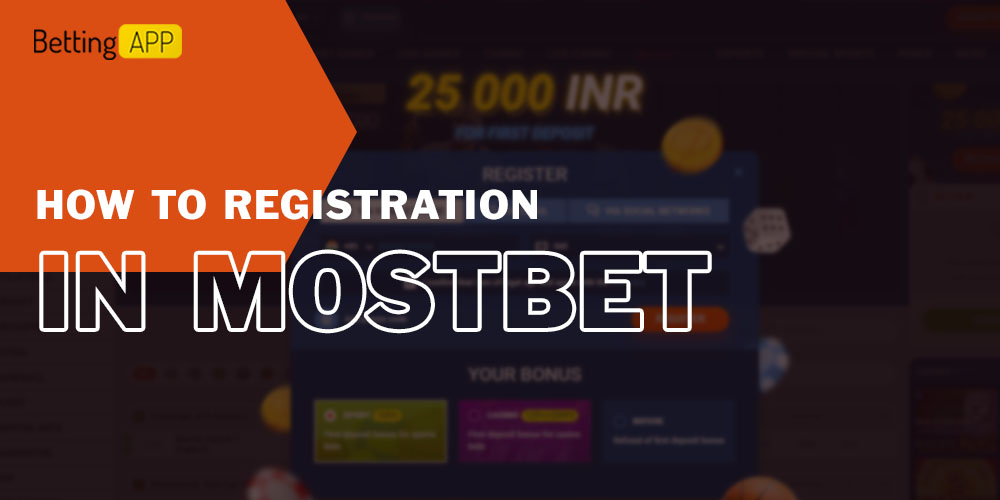 In order to register by phone, you will need to fill in the following data:

In order to register via e-mail, you will need to fill in the following fields:

To register via social networks, you just need to select the network through which you will enter, the displayed currency, and the promo code. For example, you will be able to sign in through social networks such as your Facebook and Google accounts. 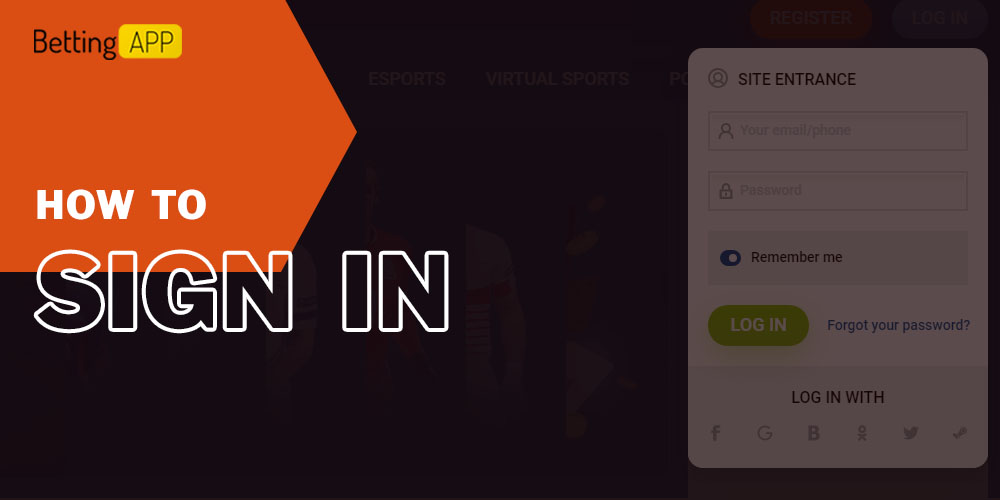 In order to log into your account, you need to enter your username, which is your mail address or mobile phone number and password. You can also log into your account using one of the offered social networks. If you do not have an account, then you will go through the registration process, which will not take you long.

How to bet in

In order to place a bet, you need to log into your account or create one if it is not there, fill out your personal account and go through the verification process and make a deposit. After all these steps have been completed, you just have to follow a simple instruction:

Select the sport you want to bet on;

Review and analyze the odds and odds;

Select the type of bet;

If you have a promotional code, then enter it in the appropriate field; 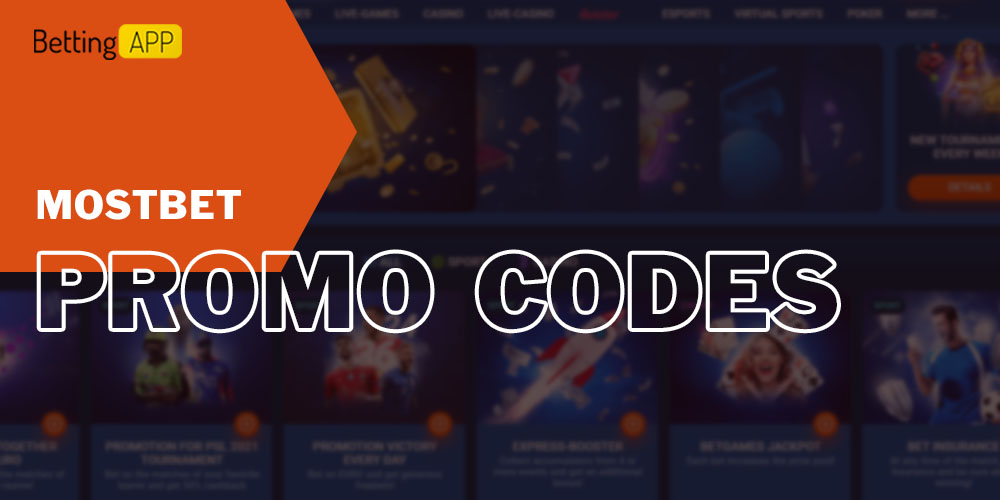 Online bookmaker Mostbet offers players a deposit bonus of 100%, but the bonus will not exceed 25,000 rupees, however, this bonus will be valid only on the first deposit and only within 7 days after registration. In addition to the deposit bonus, new players will receive up to 250 free spins, which can be used 50 per day. Mostbet also periodically runs a variety of promotions. Mostbet may offer free bets, loyalty programs, referral bonuses, or valuable gifts for active bets on popular tournaments. One of the illustrative examples is the distribution of free bets during the Champions League playoffs. 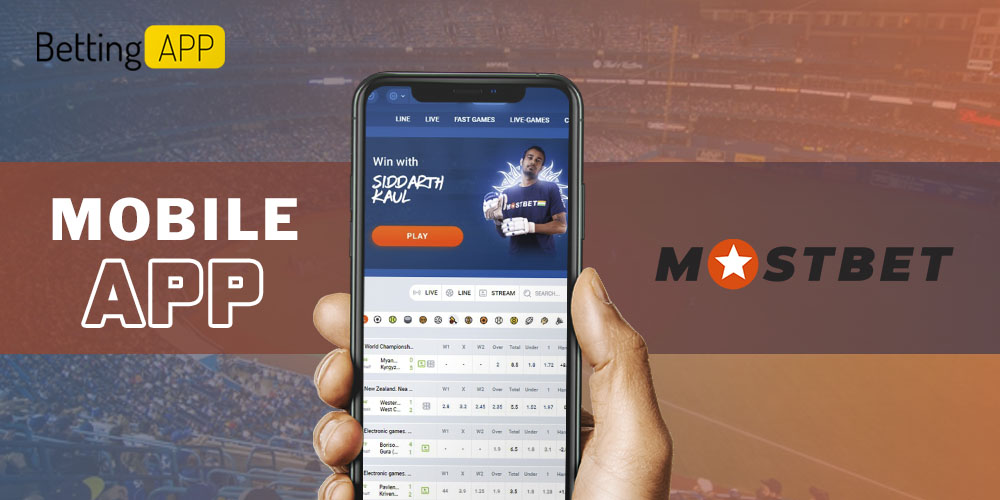 Mostbet betting company has developed an application so that all users can place bets and play in online casinos anywhere and at any time, without being distracted from their business. At the moment, the application has been developed and functions perfectly on two operating systems: Android and iOS. The application fully complies with the site’s standards, has a similar design and repeats all the functionality. With the Mostbet bookmaker application, you can register and create your account, make money transactions, place bets on various sports events, play casinos, games, roulettes, contact technical support, learn about promotions and bonuses, and much more!

Unfortunately, the Mostbet app is not available on Google Play due to its anti-gambling policy, but this does not make downloading the app and installing it difficult for you, as the bookmaker has made everything as simple as possible. In order to download the mobile application for Android, you need to go to the settings of your smartphone and allow the installation of the application from unknown sources, after which you just need to follow the following instructions:

Open the official website on your mobile device using a web browser;

In the upper central part, find the button “download application for Android”;

Click on the button, confirm the download and wait until the apk file is downloaded to your mobile device;

Run the downloaded apk file and install it;

The Mostbet app for iPhone users is no different from its Android counterpart – they are both identical to the official website version. You can download the application yourself by finding it in the App Store or go to the official version of the site, where you will be transferred to the application you need, however, we still recommend doing this through Mostbet so that you do not make a mistake in downloading a third-party application. In order to download the mobile application for iOS, you need to allow downloading and installing applications from unknown sources in the settings of your smartphone, then follow the following instructions:

Open the official Mostbet.com website on your mobile device using a web browser;

In the upper center area, find the “Download on the App Store” button;

After you are transferred to the application in the App Store, you just have to install it.

Is Mostbet Legal in India? 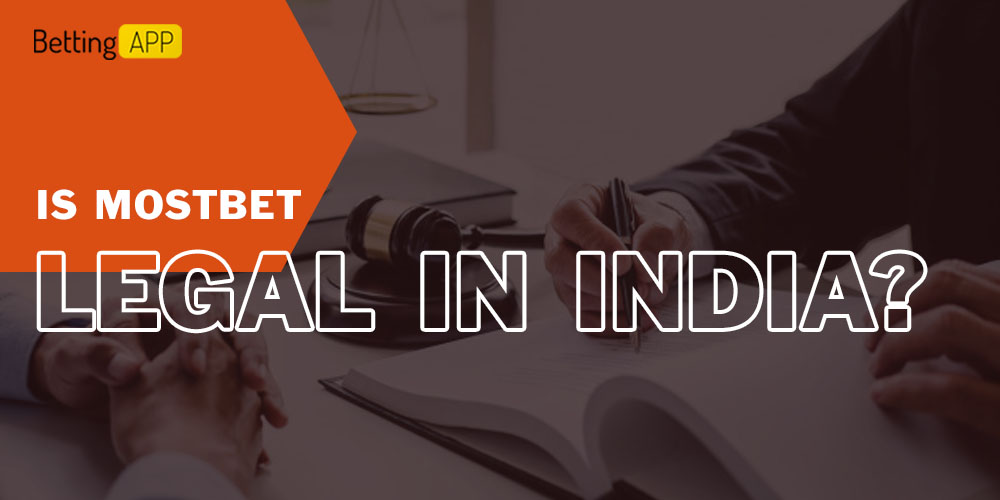 Mostbet bookmaker has been operating for over 10 years and has been able to prove its honesty to millions of users. The bookmaker is licensed by Curacao, which fully confirms its legality and reliability. And although in some countries Mostbet is illegal due to their gambling policies, in India the activities of the bookmaker are permitted and fully legalized. 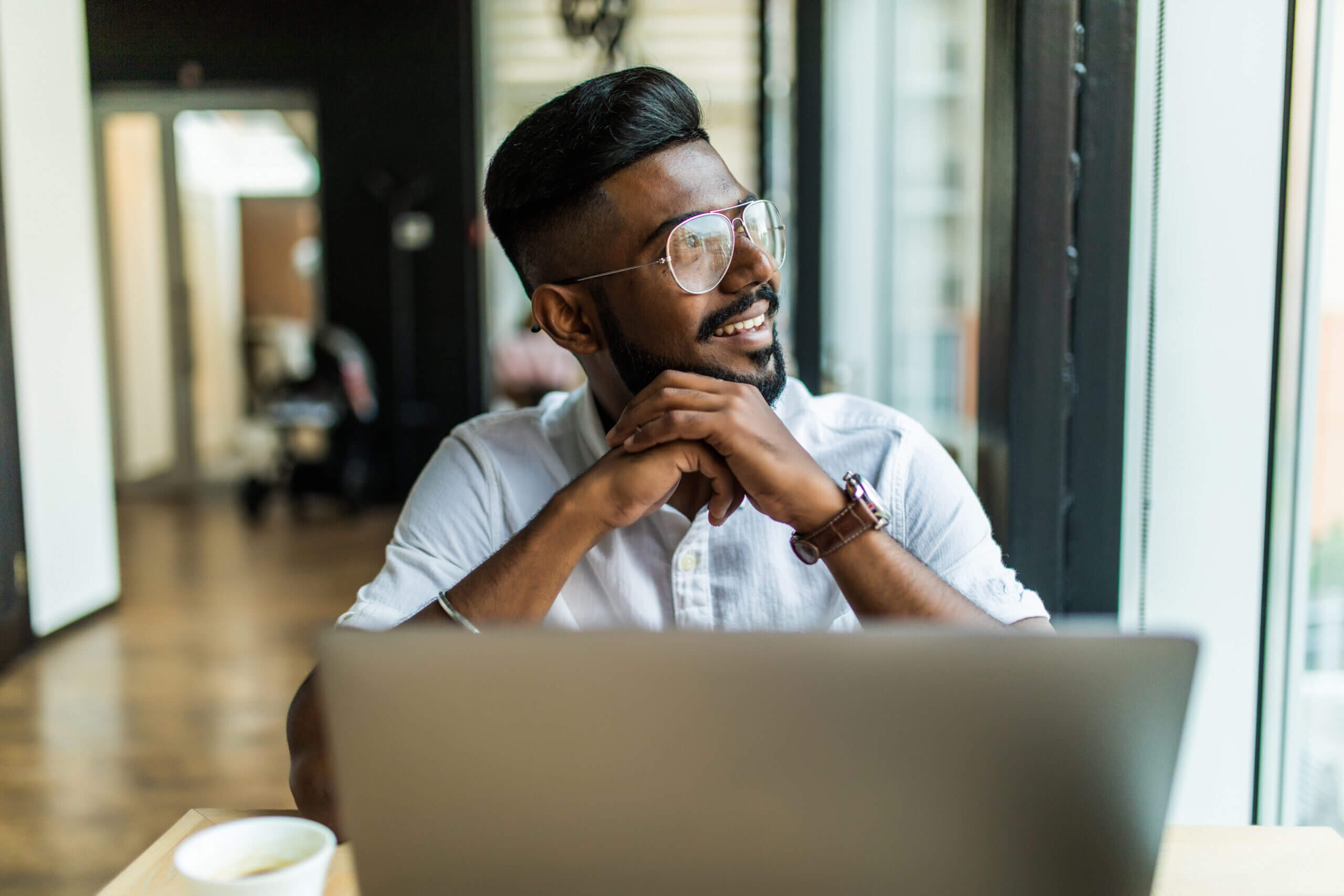 I am Surajit Hayara, and have been writing about sport in India for more than 9 years. I started to work with a few online publications while I was a student in university. That time I wrote sports news, compared events and made analysis.