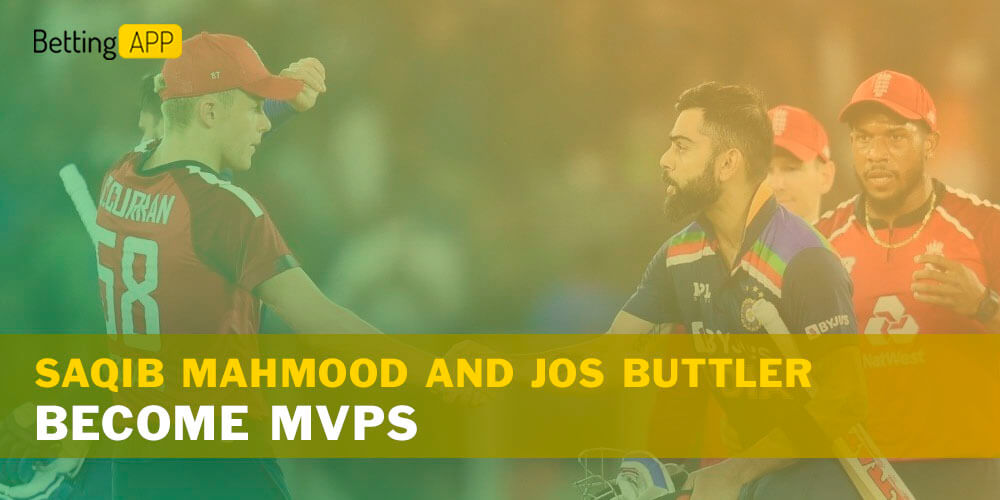 Saqib Mahmood’s, three-wicket haul, and Jos Buttler’s 59-run knock helped the English team to win Pakistan by 45 runs in the second T20I in the series of three matches at Headingley on Sunday.

Three wickets haul by Saqib Mahmood and Jos Buttler’s 59-run assisted England in winning Pakistan 45 runs in the second T20I in the series of three matches at Headingley on Sunday. England now has a turning point obtaining a score of 1-1 in series after the winning and the decider of the series will be played on Tuesday.  The put-on 50 runs of the Pakistan openers Mohammad Rizwan and Babar Azam provided Pakistan a flying start with quick succession. Nonetheless, England made a comeback in the sixth over as Saqib Mahmood dismissed Babar. Maqsood played innings of 15 runs off just 10 balls. Then, Adil Rashid dismissed him and Pakistan was reduced to 71/2 in the 9th over.

The dismissal of Mohammad Hafeez (10) and Rizwan (37) made by Moeen Ali and Adil Rashid in a quick session ensured Pakistan’s reduction to 93/4, leaving it still needing 106 runs to win off just 47 balls.

England won the match by 45 runs, though Pakistan’s Imad Wasim (20) and Shadab Khan (36*) tried to make resistance with the bat but it didn’t save Pakistan from regular intervals of losing wickets.

Jos Buttler’s knock of 59 runs along with the support of the useful knocks by Moeen Ali and Liam Livingstone helped the English team post 200 in the allotted 20 overs.

Sending back the opener of England Jason Roy (10) to the pavilion by Imad Wasim in the first over of the innings marked a bad start for England. England was reduced to 18/2 in the third over as a result of the disappointment of Dawid Malan with the bat.

After the end of the sixth over England scored 66/2 as the duo of the skipper Jos Buttler and Moeen Ali counter-attacked. Mohammad Hasnain bowled the ball that was perished by Ali although Buttler and Liam Livingstone ensured momentum does not drop for the hosts.

The moment when Buttler (59) was sent back to the pavilion in the 14th over put an end to The 52-run stand for the fourth wicket, reducing England to 137/4. England’s scores were reduced to 164/6 in the 16th over and its players Livingstone (38) and Jonny Bairstow (5) perished soon after that.

Pakistan decided to take wickets at regular intervals in the final overs. That resulted in England’s bowling out for 200.