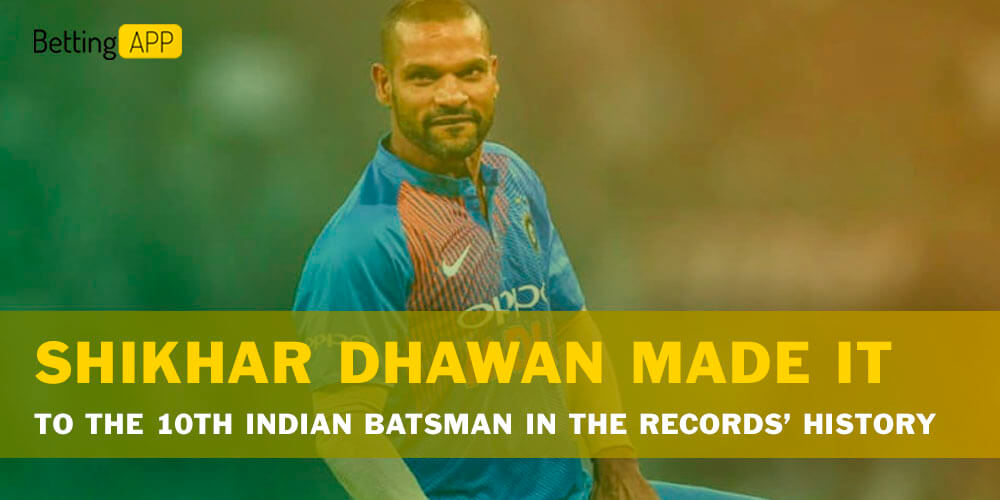 During the 1st ODI at Colombo, one of India’s players achieved a significant frontier in his side’s ongoing. This player was Shikhar Dhawan currently playing for India as a stand-in. He brought up 6000 ODI runs during the matchup against Sri Lanka at the R Premadasa Stadium in Colombo. That made him the 10th Indian batsman to do so in the 50-over format. The achievement was reached during the first ODI in the series. In all formats, he has crossed 10,000 international runs.

Sri Lanka preferred to bat first and Avishka Fernando and Minod Bhanuka have started with 49 runs inside the first nine overs. India reacted and Yuzvendra Chahal with his impressive performance paid off straight away in the 10th over as the leg-spinner dismissed Fernando (32).

Sri Lanka’s Bhanuka Rajapaksa helped Mino in the middle and together they put on 36 runs for the second wicket but a reply came immediately: Kuldeep Yadav sent Rajapaksa (24) back to the pavilion by cutting their stand in the 17th over. In addition to the same over Minod was caught by Kuldeep at the first slip and after that Sri Lanka was decreased to 89/3.

A disappointing bat was shown by Dhananjaya de Silva: he went in for an inside-out shot over the covers. He also helped to hand a cath to Bhuvneshwar Kumar off the bowling of Krunal Pandya. The situation still doesn’t look enthusiastic for Sri Lanka. The score is 117/4.

Then Skipper Shanaka and Charith Asalanka united at the crease and calmly moved the scoreboard. Their 49-run stand was incredibly ended by India’s Deepak Chahar in the 38th over and by that he dismissed Asalanka (38). Sri Lanka decreased to 166/5.

Shanaka played a knock of 39 runs but even that was not enough. The game was fully under the control of India’s bowlers and shortly Sri Lanka was restricted under the 265-run mark. Dushmantha Chameera (13) and Chamika Karunaratne (43*) tried to raise the score and hit some significant shots to get a competitive score in the match.