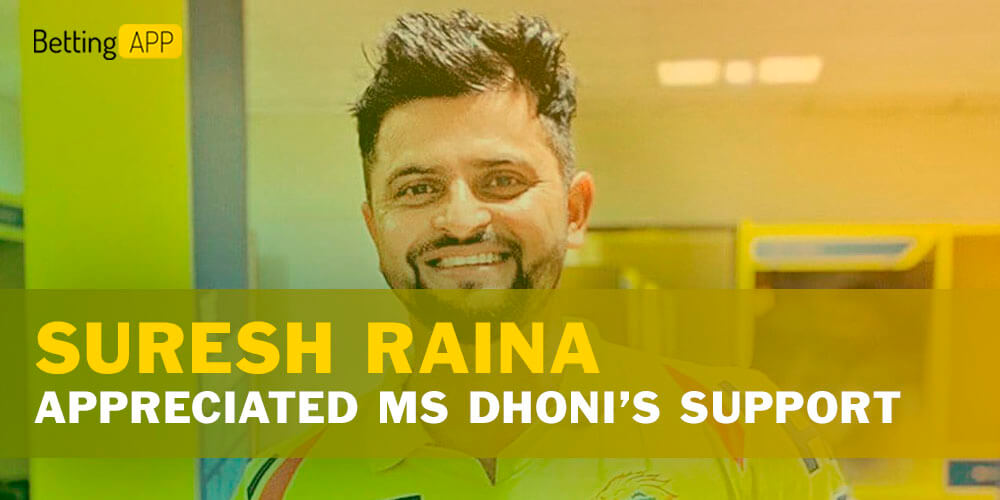 The roughest phases of his career when he wasn’t able to play in the national team because of a knee injury came to the mind of a former India middle-order batsman Suresh Raina.

Suresh Raina, a former India middle-order batsman, recalled one of the most challenging periods in his career after he had injured his knee and left the national team until his recovery. He spent a year and a half recuperating from knee surgery and during this period feared the prospect of being a lower-class player after his comeback to the team.

Those days the former India skipper MS Dhoni visited him and gave Raina the support he needed. MS Dhoni often checked on him and asked not to rush things up for the sake of getting back to cricket. What is even more inspiring in this story is that Dhoni hadn’t even been a captain of the team at that stage but he knew what he was going to do to give his teammate enough courage to go through the hardships.

At the News24 Sports’ interview Raina said how he had felt those days: “When I was injured in 2007, he only told me that you’re too young to have surgery. Just take your time. He wasn’t even the captain then but he was telling me things. I did not play for one and a half years due to the knee injury and every second day he was checking on me, asking me what the doctors say and what is the solution.”

“As a player, teammate, brother, he was always very keen to know. So that really inspired me that I would represent India soon. I thought I needed to work hard on my game, my knee. I didn’t know if I would ever play for India again,” noted the former India batsman.