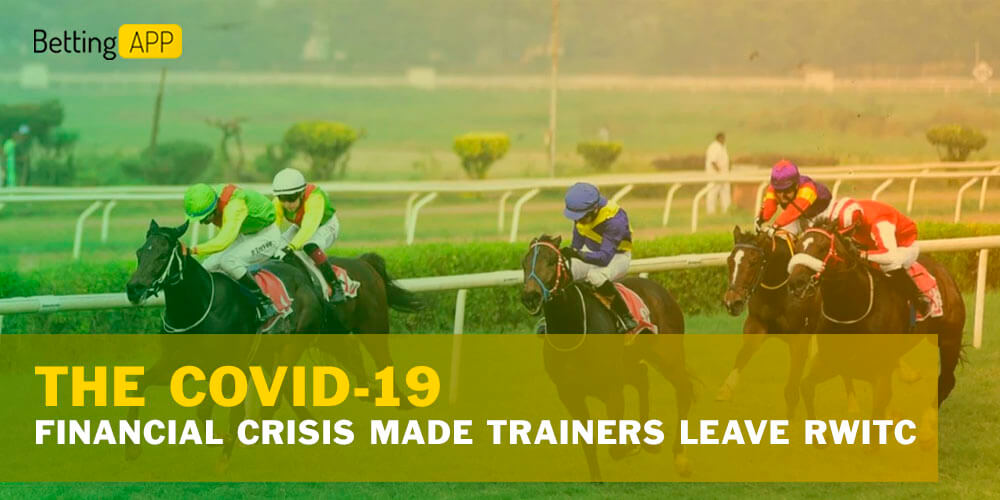 During the COVID-19 crisis, Royal Western India Turf Club suffered financial troubles. As it continued several trainers that were licensed by RWITC have left the Madras Race Club (MRC). The main reason was the small amount of prize money at the premier racing center in the country.

One of the mentioned trainers, Adhirajsingh Jodha, has commented on the situation: “It is becoming difficult to sustain at RWITC due to the poor prize money. My owners are not into gambling and they entirely depend on prize money to meet the expenses incurred on keeping horses.”

Most of these trainers complain of financial issues, caused by the crisis. This trouble strongly affects the horse caring process. As we counted, the minimum price of caring for a single horse is about Rs 22000 per month. Remembering that Jodha has 55 horses under his care makes us understand what brought trainers to this position.

When RWITC discovered trainers suddenly leaving, they were surprised and Zavaray Poonawalla, RWITC chairman, commented on the situation:

“They never came to us or indicated their intentions. But now that we are aware of it, we will be looking into the matter.”

Poonawalla was asked what the club is going to take to handle the following troubles. In response, he said that the organization is having a meeting with owners and trainers to figure out the roots of the situation. “We hope that the professional and the public including the press will be considerate at the plight that the COVID-19 has put our club into and appreciate the efforts my committee is putting in to improve the situation,” said Poonawalla ending his speech.

Nevertheless, the organization has no choice but to help trainers’ move. Shiven Surendranath, president of the Western India Race Horse Owners’ Association conveyed that reducing prize money to uphold the club’s balance sheet is wrong and horseracing would be destroyed, as owners would leave racing. Although trainers are leaving, owners are not listening and being helpful to the move.