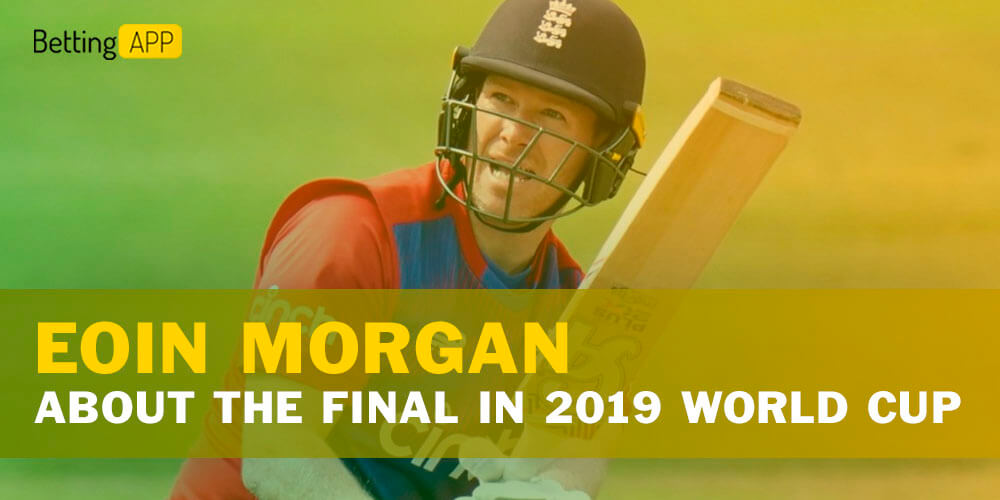 The moment of triumph occurred two years ago when New Zealand had been defeated by England. Thus, England became the ODI world champions for the first time in its cricket history.

Being the country’s first skipper and England’s white-ball captain, Eoin Morgan, a man who led the nation to victory, described the final of 2019 as the most dramatic and exciting game of cricket he has ever been part of. In this game, England has won New Zealand by the barest of margins – on the boundary count rule and became the ODI world champions. Both New Zealand and England notched up 15 runs each. However, the trophy was awarded to the former on the back of the superior boundary count.

Recalling the victory of his team in the 2019 World Cup, Morgan said: “The final was the most dramatic game of cricket and also the best game of cricket that has ever been played, which contributes to the hype of it. “The game was so tight, right till the end, as tight a game as you’ll ever play. It has also lifted the profile of the game like we have never seen.”

The team led by Morgan in the 2015 World Cup in Australia hit rock-bottom losing to Bangladesh by 15 runs and left the group stage for the third time in five World Cups. Morgan admitted that the English team was not prepared for the cups in 2007, 2011 and 2015, which led to them being way behind everybody in the groups.

“But I think if that was an Ashes series in 2007, 2011 and 2015, our preparation and strategy would have been on point. So, the potential was always there but the focus wasn’t,” recalled Morgan.

Although the triumph in 2019 may seem like a huge relief and boost English cricket at the same time, Morgan feels like that was a long journey for him and his team. That is the reason why those memories will always be special for him.