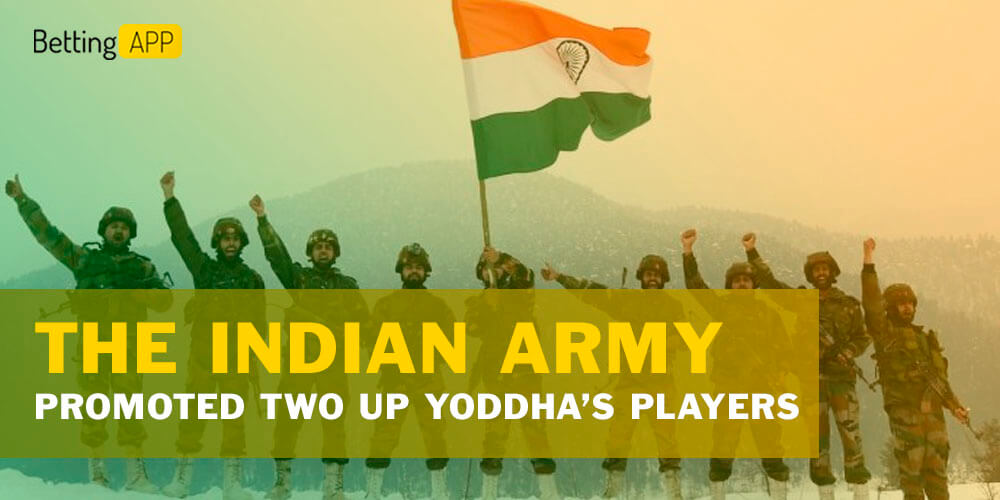 Two players from UP Yoddha Franchise, Monu Goyat and Sachin Kumar, have been promoted to Naib Subeder rank in the Indian Army. Keep reading to know more ahead.

Sachin Kumar and Monu Goyat, who are both well-known players of UP Yoddha Franchise in the Pro Kabaddi League, were honored to get a promotion to Naib Subeder rank in the Indian Army. The rank in the army has many advantages such as AC 2 Tier tickets, economy class tickets, and others. There are 3 ranks for Junior Commissioned Officers – Subedar Major, Subedar and Naib Subedar. The players now obtain the first one in the order of seniority – Naib Subedar.Both players took an active part in season 7 of the Pro Kabaddi League as part of the UP Yoddha Franchise. Sachin Kumar also played as the Left corner defender during the 68th Senior National Kabaddi Championship and was in the Bengaluru Bulls in season 5 of the pro league earlier. Monu Goyat played in such teams as Haryana Steelers, Patna Pirates and Bengal Warriors before.