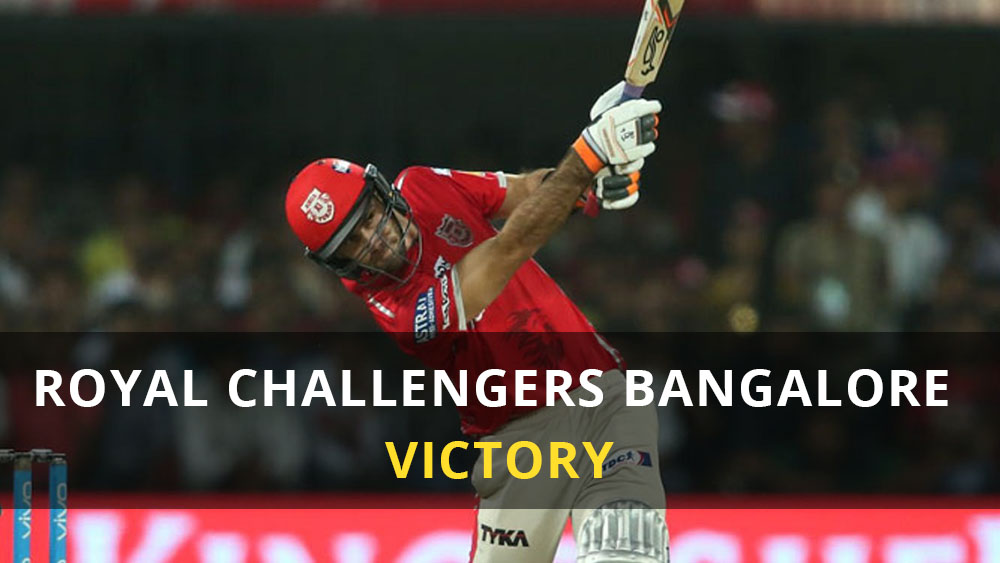 Winning the toss Sunriser Hyderabad chooses to ball and RCB put to bat. They have changed the player by replacing Devdutt Padikkal from Rajat Patidar.

Then Ahmed joined Captain who also played marvelously and move the score to 47 in the climax of power-play with the loss of only one wicket. Ahmed was then sent to the pavilion back by Nadeem who came to bowl in his second over and catch out by Rashid Khan in the outfield set out SRH its second wicket.

After Ahmed, Maxwell entered into the ground and the partnership played defensibly and earn 6 runs per over until half of the overs left. Maxwell played marvelously by hitting 2 sixes and a four and Kohli also played a hard-hitting ball to touch the boundary. The partnership gained 22 runs by the end of the 11th over.

However, SRH managed to knock out the major wicket of Virat Kohli where he was caught out by Vijay Sankar, who did an outstanding job to conclude the catch.

The loosing of the captain on the ground led to the weakening of the team. After the dismiss of Kohli, AB de Villers come in partnership with Maxwell but he was soon knocked out by Rashid Khan and sent to the pavilion for 1 in 14th over.

With 5 overs to go to end the match, the SRH bowler knows out a majority of the player of defending team by outfielder’s sharp catches. Washington Sundar also fell in the trap Rashid and was sent back to the pavilion by Manish Pandey’s outstanding catch.

While Maxwell kept his pace with many boundaries coming one by one but he is losing his partners. Daniel Christian was also dismissed by Natarajan for 1. However, Maxwell managed to stay till the end and managed to earn his first half-century for RCB. Finally, he was out in finally delivery and guiding RCB to the score of 149.

Chasing a total of 150, the openers of SRH have to cautious. Wridhiman Saha and David Warner partnership earned SRH 13 runs in two overs.

The then the compulsion was created by Mohammad Siraj which force Saha to play harshly led him to catch out in the hands of Maxwell. Next comes Kyle Jamieson who helps to earn 17 runs and then knocked out in the 4th over. With the loss of another wicket, Manish Pandey hit the ground. The partnership looks extremely comfortable and completed a fifty-run partnership.

RCB continues to search quantum leap and finally, Jamieson provides them that. He dismissed Warner in the 14th over. Though, SRH was still in a hope of turning the game in their favor as they need only 42 runs from 5 overs. But the pressure built on the SRH as they lost two more wickets. First Harshal Patel knocks out Shankar with catch out from Kohli and later Jason Holder was sent back to the pavilion by Siraj in ultimate over. RCB badged an outstanding 6 runs win.