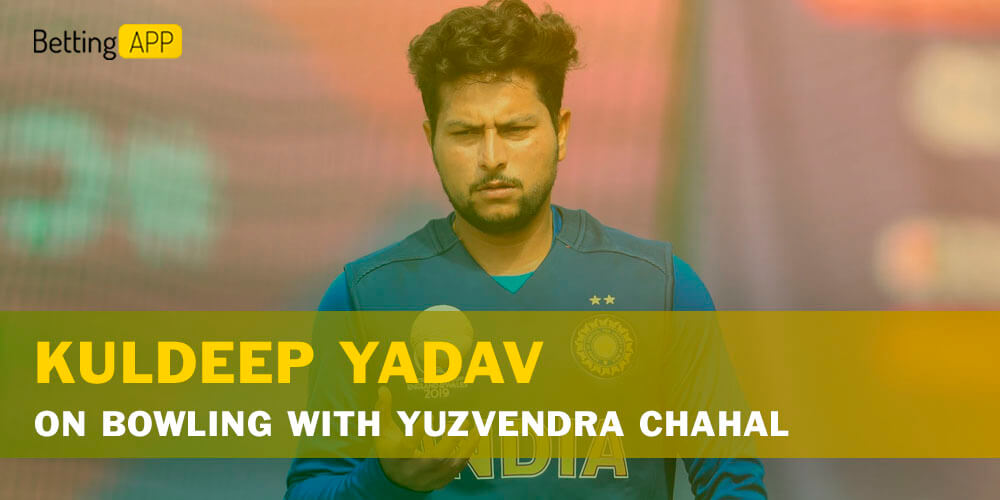 Bowled tandem of Yuzvendra Chahal and Kuldeep Yadav gathered for the first time in the 1st ODI and the former spoke about their good teamwork and their bond.

According to the India spinner Kuldeep Yadav, an exceptionally good partnership has been established between him and Yuzvendra Chahal. That worked fell in the series with Sri Lanka where both the spinners played in tandem. India defeated Sri Lanka by seven wickets in the first ODI at the R Premadasa Stadium in Colombo on Sunday. In this match, Ishan Kishan and Shikhar Dhawan showed their best performance with the bat. The first ODI resulted in the win of India with a score of 1-0 in the three-match series. The second ODI is to be played on Tuesday.

“Very happy that after a long time Chahal and I got to play together for the team. We are comfortable with each other and we back each other. We both share inputs on the field whenever it is required, the bonding is nice between us both. We performed well together, we played after a long time and it orders well for the side,” stated Kuldeep in reply to an ANI query during a virtual post-match press conference.

“Nervousness is always there when you step out to the field. Rahul Sir backed me and he motivated me. We talked a lot and he told me to enjoy my bowling and not worry about the result. I am happy that I performed well. Obviously, you are nervous when you play cricket after a long time, the way the team performed, I am very happy with it,” told Kuldeep Yadav during his interview.

After Kuldeep was asked whether he thought that his career’s high had come to the end, which approves poor series against England, he commented on that with the following: “You never think like that. There can be times when you go for runs and there are times when you take wickets. Many times, I have taken 4-5 wickets in the match, it would be nice if people talk about that. One-two bad games don’t end up in your career being finished.”